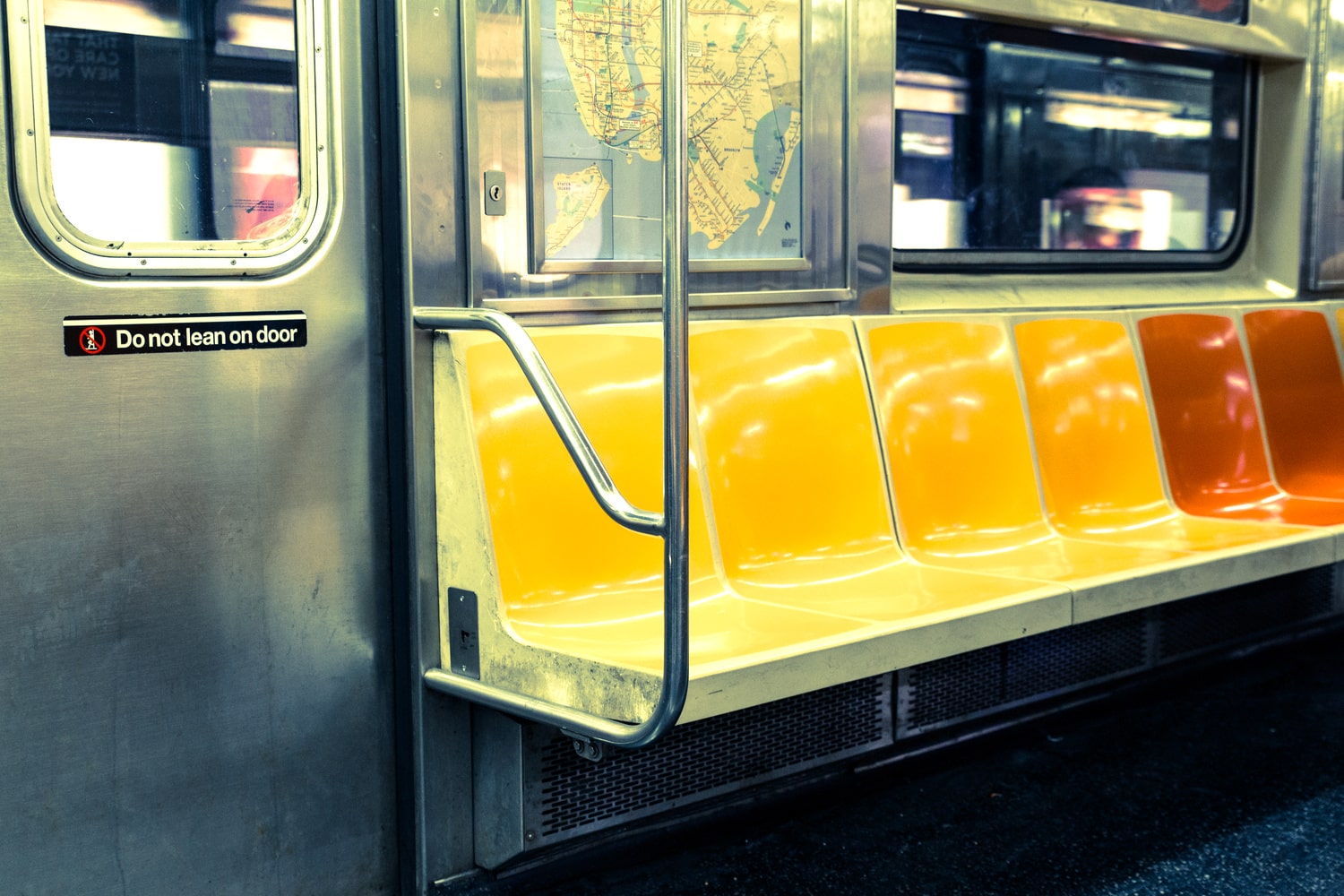 Many of the articles in “New York” Project involve the subway. That is not accidental. A considerable part of New York’s life revolves around the subway. Let’s not forget that from the 8 million people who live in the city, more than 5 million use the subway daily.

But, let’s get to the heart of the matter: You wait for the train and very often complain about its delays and packed cars that prevent you from reaching your destination. You know… those packed train cars where you suck in your stomach to make room, for you and the others. Should you complain though? Either about those delays or the “overpopulated” cars? First, there is often something serious that causes a delay, and second, “Hello…!?!”

1. The frustration from the train schedule changes is not unknown to New Yorkers. The subway is pretty good, in the sense that it can take you everywhere. Unfortunately, that “everywhere” includes at times and the limits of your patience…!

Even though the trains are not that clean, at least they are convenient. They reach almost every single block of the city, and at times new lines are added to facilitate even more neighborhoods. You have to admit that; it is a very convenient subway despite its problems. If you don’t do so, you may be a Big Fat Greek… lier. Nevertheless, being late when heading to an appointment, your work, a meeting, etc. is quite common in this city. It’s okay; you get used to it. Luckily, New Yorkers are patient, they don’t erupt often. You don’t see them that upset to the point that they yell or swear. They have learned to live with those delays.

In many cases, there is a sick passenger and the train should stay at the nearest station until paramedics arrive. If you lose patience (though rare as mentioned above), remember that… tomorrow, it may be your turn. Then… sit and talk with your pain, and let all the others complain!? So, always be considerate.

Of course, some frustration-sparked head movements to the left and right show what some riders want to say. They unveil that invisible anger steam above their head, but be calm, give room to sanity and… to sanitation, too. Again, you discreetly damped your soda can under the seat.

2. Let’s not always blame the trains for being packed and delayed. The problem is often the “badly written versions” of ourselves, the riders. Oh my! We should always be thinking and loving beings. The reality though shows that… Thinking beings? Loving? Hmm… Many times you want to slap in the face some riders, just to “wake them up” (though they often sleep in reality as they are dog tired). Luckily, you haven’t done that, you swallow your upset and… quench your thirst!? (at times, there is little or no air condition on the train).

So, some who wait on the platform, in their efforts to “invade” the train while the doors open, they shout at those who are already in. They don’t move an inch, they say, to help others board, too. You don’t blame them because that couldn’t be further from… the lie. Close to the doors, riders are packed like salt-cured sardines (the sweat, overflowing river). In the middle of the car, there are millions of ozone holes. Strangely, when those “complainants” (the very same people) make it on the train, they all of a sudden put down roots and do not move for centuries. In seconds, they pull out a book and start reading, surf on the internet, enjoy their soup, clip their nails (yes, that happens, too), listen to loud music through their earphones, they are lost in deep thoughts, and so on. They behave as though they booked their spot in the car ten years ago. Oh my…! Human beings unexplained.

Congratulations guys! You don’t miss a word from your novel, you learn by heart the new songs of your favorite artist, and you resolve the big problems of the week… But hello…!?! There is room for three next to you…! 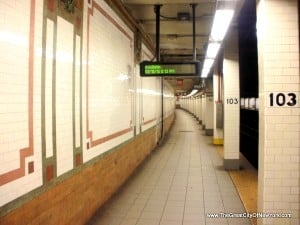 The 103rd Subway station of 1 train on the Upper West Side of Manhattan. It’s at the north part of Broadway and a few minutes walk from West End Avenue, the Riverside Park, and Hudson River. One of the quite wealthy neighborhoods of Manhattan where you can see many beautiful buildings and enjoy one of the big parks of the city. A walk in the area is worth it.